The Young and Well Cooperative Research Centre unites young people with researchers, practitioners, innovators and policy-makers from over 70 partner organisations across the not-for-profit, academic, government and corporate sectors.

The Young and Well CRC explores the role of technology in young people’s lives, and how technology can be used to improve the mental…

A collection of short stories based on true events

First off, I love foreign languages! And greater than my love for foreign languages is my love for translation. I find it so exciting to convey the meaning of words and phrases in a different language without letting the reader know that he/she is reading ... oh well, a subjective interpretation in a different language. But the life of a translator isn't really a fancy, creative job. More often I've had to accept projects that deal with technical manuals, CVs etc. So, in other words, some…

As most of you know I've been muddling my way through a phd on Digital Storytelling (read about it here) over the last couple of years... and I'm just pulling all the threads together. Some of you provided some very excellent answers to a quiz I sent out a month or so ago... and I have a few more FINAL quick questions. If you've got 10 mins free I'd love your responses (by 27/08/12 - next monday - if…

Today is National Hepatitis Day and if you live in Adelaide check out the play that is touring called "Body Armour" it is awesome.. Look at the Hepatitis SA website for more information.

As a woman living with both HIV and Hep C uninvited in my life for over 25 years now I am disappointed at the lack of education available about both blood born viruses. The age group  we can have the greatest impact on around BBV education and awareness is our young people and  across the…

It seems, whether you're into marriage or not, that people are slowly recognising that law reform might have positive social consequences BEYOND marriage... like increasing acceptance of GLBTQI people and their families.

Today I received e:mails from AME (Australian Marriage Equality) and from one of my favourite bloggers (and RFT member) Jacqui Tomlins. AME are…

When I was a bit younger I tried on lots of different selves...

It was a subject of great angst... I didn't feel like I fitted well in my skin.

Now I see my kids experimenting with who they are and how they fit... and I'm surprised that I no longer spend a great deal of time questioning my identity.

Is it because I don't care what anyone thinks anymore?

Or that I feel secure and loved with the handful of people that count...…

Support for Presumption of Parentage for same-sex couples

I wanted to post an update after the Let’s Get Equal meeting Wednesday night. A number of issues relating to the presumption of parentage for same-sex parents were discussed and we have some direction in terms of what the next steps are. I have created a Facebook group that will hopefully enable us to communicate a little easier however I will continue to post any important updates or call outs on the mailing list or…

A New Year and a new story

Well it's a new year and I have noticed that I need to finish last years blog on my daughters IDAHO Day experience. But before I do I thought I would share with you what happened on a 'family' outing to Victor Harbor during the school hols.

Three same-sex families went to lunch at the Victor hotel....three sets of mummies with three kids between us aged 18 months, 5 years and 6 years, Riley being the oldest. There was a playroom and Riley got chatting to some slightly older…

I've been involved in Rainbow Family Tree as a 'curator' since the beginning. Sometimes it's a bit tricky wearing multiple 'hats' - as a workshop facilitator, researcher, digital storyteller, not to mention mum, daughter, girlfriend etc.

I've been thinking a lot about how we go about inventing who we are and how we perform different roles for different people in different contexts. I guess most of us think about this at least a little when we do a…

Gay Relationships: "If I’m So Darned Cute, Why Won’t Anyone Go Out With Me?" - Part Two

"Systemic challenges due pose potential barriers to your dating life, they only have to have power if you allow them to do so. We are not victims; growing up gay requires significant courage, perseverance, and resilience. To survive and prosper through this means we can handle any…

Born In Victoria, Grew Up In Adelaide 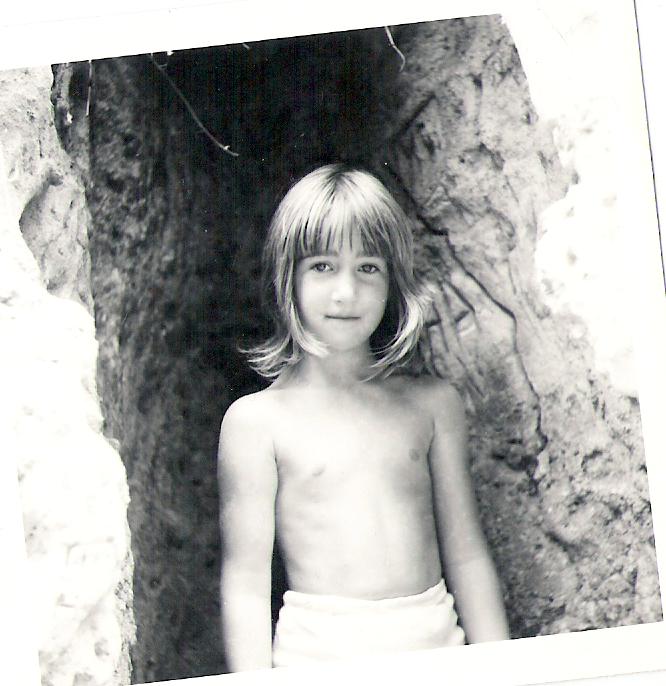 I live the life of an affirmed Man

From as far back as I remember I have  always felt male within. I was made aware of my difference in gender identity when I first started Kindergarten at age 3 and 1/2 as I had to use the bathroom that was for girls and not the one that I felt was the right place for me.

From that moment on life became more complicated as my gender was at odds with societies expectations.  Throughout the kindergarten years my freedom to be myself was increasingly challenged. I was expected to conform…

I realised I hadn't finished my series of blogs on trying to inject a bit of the rainbow into Riley's primary school. We last left off with the teaser of what happens when you try to bring a little bit of IDAHO to a primary school.

IDAHO day in our house has taken on much more meaning these days as Jo and I are involved in celebrations at the high school and at the Uni where I work. It is also more prominent with the push to legalise same-sex marriage so from our perspective…

Those My Family Stickers... ugh

So we were standing outside the newsagent at our local shopping centre this afternoon, looking once again at the board that shows all the possible figures for the - so trendy - My Family Stickers [http://www.mystickfigurefamily.com ] like you see on the backs of cars all over the place. I've been coveting a set of these stickers for some time. Bronwen tore me away from the board in the end, claiming they made her feel slightly…

Would you get Unioned?

Personally I think it is looking increasingly likely that a change in the marriage laws would be defeated in parliament. Despite wide spread support among the general public and a whole bunch of state labor party people lobbying for a big debate at the National conference in Sydney I think we will be offered the more politically pallatable option of getting civilly unioned.

So if the law is changed to allow civil unions would you want one? Would you get one? Why and why…

To Rally or not to Rally....that is the question.

Another gay marriage rally on Saturday. I remember the last one, the memories are not pleasant.

We have been attending the gay marriage rallies regularly of late. Sometimes our 6 year old daughter is with us and sometimes not. When she has not been at the rallies it has not been a conscious choice on our part more like a clash of social schedules (e.g. play dates, daddy days). But after what happened at the last rally I find myself unsure of whether to bring her along on…

I went to my local MP about the marriage equality bizz. Like everyone else I got the Get Up's suggestion to do so.  Me and a few couples want to have a meeting to let him know how many jolly lessie and gay couples he has under his 'brella. His exec assist - who had not returned my phone call of the previous week - told me that the marriage equality stuff was not about to be discussed in this next sitting. Mmmm. Egg on face in Jamie Briggs office in Mt Barker.  If not quite egg then wind…

working on a digital story

Sonja asked me to jot down a few thoughts about what it's like to be working on a digital story. I've made several now, and they fall into 2 categories - completely personal stories that I make about my son, and the more politically motivated, serious sort.

I use Windows Live MovieMaker and I am still learning what it's capable of. So technically, it's quite fun and frustrating at the same time. The more stories I make, the more ambitious I become.…

Hey all, add your voice to the 'GetUp' - Legislate for Love Campaign...