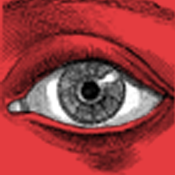 Looking back I remember dressing as a girl at the age of eight, if not before. I had been in a school play and my role had been that of a girl. I wore my big sister’s tennis skirt, and had on lipstick. After the dress rehearsal I had rushed back to the football changing room to check out what I looked like in the mirror. But before I could make it to the shower area I had to run the gauntlet of sneers and sniggers from a bunch of lads fresh in from the muddy rugger pitch. I never did see myself in the mirror. But I do recall trying on the skirt again as I walked home with my mate, Nick. We giggled a lot in a good natured way, so I thought it was alright. Still curious, I dressed up as a girl at home, much to my delight, and I couldn’t wait to tell Nick about it. When it came to the point, however, I decided that maybe it wouldn’t be such a good idea to tell Nick. So started my lifetime of secrecy.

My next significant memory may have been even earlier, I can’t tell. I overheard that my sister was developing breasts. Great, I thought, breasts are good, I can’t wait to get my own. ‘Mum, when will I grow breasts?’ ‘Only girls develop breasts, silly boy.’ I was heartbroken. It seemed so unfair.

My sister was certainly a good source of clothes. They smelt so good, I could happily wander around in a daze from the scent alone. My mum was very small, so her clothes were another rich resource for dress-ups. Hers didn’t smell so good, but she had these fancy ball gowns that fitted me to tee. I swear I nearly wore them out with all the good use I put them to in my locked bedroom. Dad found me out once. I was sleeping in my sister’s bedroom for some reason. Naturally it was an opportunity not to be missed. I put on her green party dress with sox for boobs, and pranced around. Dad had come up to kiss me goodnight, and he was very quiet. As he came in, I leapt into my bed and hid under the covers. ’I saw a little green fairy,’ he said. ‘Go away!’

In my twenties I met my future wife. She had her own problems, and bemoaned the fact that she was struggling while I had not a problem in the world. ‘Not true,’ I said, ‘I like dressing up as a girl.’ ‘Really?’ ‘Uh huh.’ ‘Oooo…K.’ It didn’t seem to bother her much at the time. But as I went through cycles of more active cross-dressing and denial, she only saw me in femme-mode the odd occasion when my secrecy slipped a little. Years passed, and the whole thing, still barely talked about or acknowledged, started building barriers between us. She felt less adequate in regards to intimacy whenever she discovered I had felt the need to dress-up.

A particular example occurred just a few weeks ago. The pain on her face told me things weren’t right. So I said we should talk. I explained that it wasn’t just some sexual fetish, but something I had struggled with all my life. ‘I don’t know the right words to describe it,’ I said, ‘though I know the literature is full of scary labels. The plain truth is that I feel more comfortable dressing and being a woman than I do being a man. The male gender role wears me down with stress, and dressing as a woman relieves that stress so I feel I can breathe more easily. No I’m not about to cut off my willy. It isn’t that I am so far gone that the choice is between suicide and sex-change. I am somewhere in the middle of the range. According to freely available gender tests on-line, I am a shade more on the feminine side than the masculine. However, authoritative sites suggest that the gender tests are more akin to horoscopes, than to scientific tests. I can live with that. The main thing is that they asked some pretty confronting questions. For instance, there was one about whether I would choose to be female or male if there was a magic potion that could change me into either one with perfect satisfaction. I chose female. Perhaps I was just being emotional – showing my feminine side?’

Our discussion changed the life-scape overnight. She was relieved, I was relieved – oh, was I relieved! I no longer had to make do with water filled balloons for breasts, as I could order breast forms over the Internet without fear. My two wigs were so wrong, one cheap and black, the other not quite so cheap, but blond. Neither suited me. I ordered a brown wig, and for the first time in my life I actually thought I looked vaguely female. We even went shopping for women’s clothing together in Harbour Town, giggling sotto voce in the women’s dressing room as I tried things on. I came back with some clothes that actually fitted me.

The remaining problems were still many, and caused me a great deal of anxiety, panic attacks where I could barely breathe, and sleepless nights (unheard of for me, as normally I can sleep anywhere at any time). The next problem on the list was to tell my youngest daughter, who was still living at home. I sat down next to her as she was eating her late dinner and blurted out,

‘Ever since I was a little boy I have liked to dress like a girl.’ Her eyebrows went up, and the next mouthful didn’t quite get as far as her mouth. Then I was explaining it all as best I could, and all the things I knew about the condition, and all the little stories of how things went in my lifetime of cross-dressing. Her reaction was,

‘Why did you wait so long?’ I apologised to her for not living up to normal standards. She just hugged me and said, ‘Love you Dad.’ After that I had two sisters in crime, both more than glad to help me prepare for my next big test – going outside dressed as a woman. And that was where the Carrousel Club came in.

Even the interview had me in jitters. I met up with Geena in the Director’s Hotel, the gatekeeper of the club. But she assured me that she didn’t bight. She told me a lot about herself, and that made it easier for me to talk about myself  and accept that this is what I wanted. The next meeting of the club was the coming Friday, just six days away. With nerves on edge, and still so many days to go, my brain was in overdrive.

Come the day I left work early, as concentration was flagging. My wife however, was herself in a hurry as she was going out too. Things had to happen quickly or not at all. Fortunately, she had been on a makeup course recently, and knew precisely how I should look. We got half the job done before she had to rush off. But then my daughter arrived home, in time to finish the job. The eyes needed doing, so she told me how to do them properly. And my nails – ‘do you have any nail polish I can use?’ I asked. ‘DO I?’ she said, bringing out an economy sized Tupperware box brimming full of little bottles of nail polish. ‘Do you want bright pink, like these four, or startling red?’ I just went for some pale pearly colour that didn’t shout too much to look at my over-large hands. ‘Can I drive in heels?’ I asked. ‘Depends on the heels, and how comfortable you feel about it. You can always take them off.’ So wise for such a young thing.

And that’s how I arrived at the Carrousel Club – heels on and ready to rock and roll…well, ready to be a shy little damsel, anyway.

You need to be a member of Rainbow Family Tree to add comments!

Comment by Sonja Vivienne on September 18, 2015 at 10:06
Your story struck some chords, some knowing smiles down at Mt. Gambier...