2016 Stories to Tell - first workshop of the year this Saturday

Hi all... Can you help let others know about this weekend's workshop - via direct e:mail, phone call, f2f or via your social media networks?

I'm thinking we should move along in workshopping the following:

- themes (currently health, employment, education, safety)
- dramatic form (currently an A4 booklet or book, several short films, possibly some posters)
- scripts or plans for each 'project'
- teams who are committed to working…

What's news? Who is thinking about who they're going to bring to the Trans World Cafe on the 15th November? Family members or work colleagues that just don't quite get it? Gender-questioning friends with too many questions? We'll be exploring 3 issues/ideas put forth by community members... along the lines of 'when have you felt at home with yourself?'. Please let us know you have any ideas for questions?

We had a lovely Sunday arvo workshop last week, stirred by a challenge to write a couple of sentences on a turning point, a weird/funny experience/memory of gender, a mentor or an antagonist who you ended up learning something from. The homework task was to distill this story into a couple of 'locked off sentences with an accompanying image in order to upload to our new webspace at www.storiesbeyondgender.com We set everybody up with…

I’m queen of sun and flowers

Each in its place glowers

In the union of the two

Looking back I remember dressing as a girl at the age of eight, if not before. I had been in a school play and my role had been that of a girl. I wore my big sister’s tennis skirt, and…

So group members Sam, Evelyn, Hayley and I did a road trip down to Mt. Gambier last weekend to meet the community. A trans/queer/gender-questioning group gather at the excellent Metro Cafe (more of a bar/restaurant/gourmet bakery IMHO) every Monday night. Quite a few were keen to hear more about sharing stories #beyondgender. Give them a shout on their Facebook group here.

On Sunday we spread out our creativity…

So here's an update on the 'Sharing Stories Beyond Gender' workshops...

We've had 3 sessions so far with 6 and 15 participants, ranging from around 14 to 50, identifying in many different ways...

We're not quite sure who we're 'speaking' to, about what or why yet... but muddling through the…

I joined Sonja's Sharing Stories - Beyond Gender session on Saturday (8/8). I'd missed the first one so I was on catch up mode!
Was a great experience in attempted creativity. I found it very difficult to find a creative outlet and trawled through media suggestions looking for something that appealed to me. But even harder was reaching down inside and pulling something forth that I thought I could recognize as me. (or understanding that was the aim of the exercise :P )…

So following Sam's recommendation of some free Adobe apps last session, I found 'Slate'... Here is some info: Slate

I thought it might be good for doing a kind of brief life story or a series of loosely connected reflections... it's quite elegeant! I'm going to come back to it later but here's my brief experiment - Slate test

Even less attractive is this… 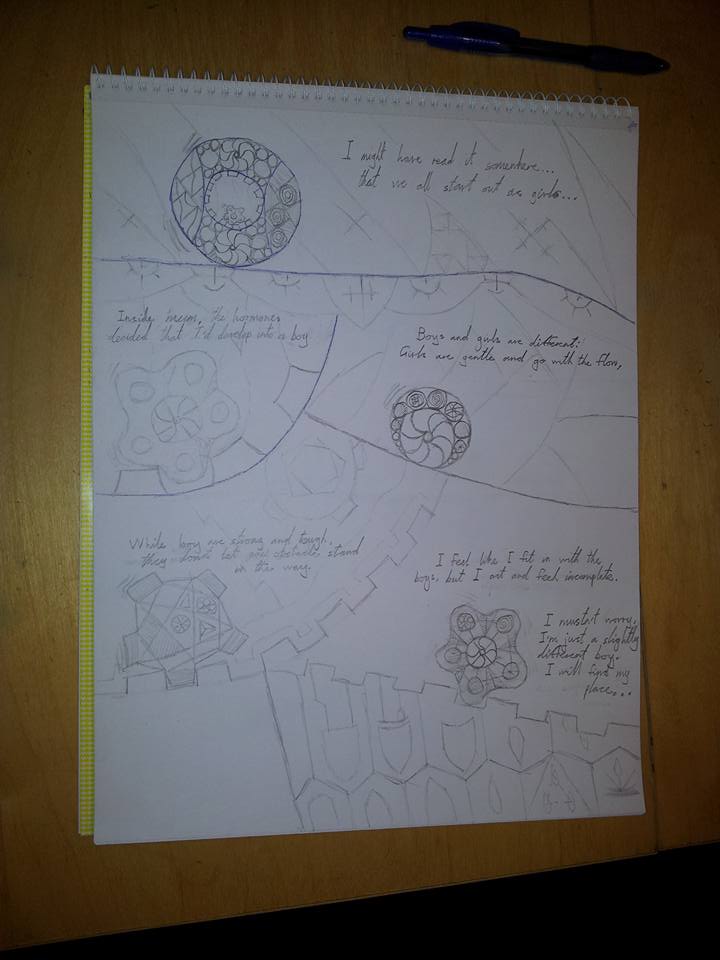 This is my first blog post, and I have to say I'm happy to have stumbled across this community.  I am working on my Master of Education, and within that my focus is on Social and Cultural Contexts.  It has really been a long, sometimes wonderful, sometimes painful process that has helped me to learn a lot about myself.  During my Master of Education was the first time I encountered thinking about queer theory and sexuality as a spectrum.  I had always felt…

A link to our Tumblr blog and my reflections on epigrams and epiphanies:

I took this last weekend on a beach walk with the kids. I like it because it represents a feeling and a process of disassembly and reconstruction. When I adjust my eyes and ears and body to the rhythm of waves and wind and birds... all the parts of me that I normally hold so tightly together become fragmented. Insignificant. The parts become part of something bigger. Less…

This is my #nothaiku poem of just now, spontaneous effort to express my gender now... Might try and make it into a visual poem next...

She leaches it out of me

My mum, my daughter, my soul-mate

The constant being there-ness

Whatever that is – moral guidance?

When my dad called ‘Hey, Son?’

So I think I figured out how to use drop down options to share experiments from Tumblr to my blog page here - just cut and paste embed code... reason being I want my OWN space to curate experiments and I'm finding Tumblr a little too chaotic and Facebook - too much stuff lost in the stream...

Regarding the 'why?' of this experiment - part of it is tech focussed, that is 'what does time lapse do with low…

Some art featuring significant moments in my life... 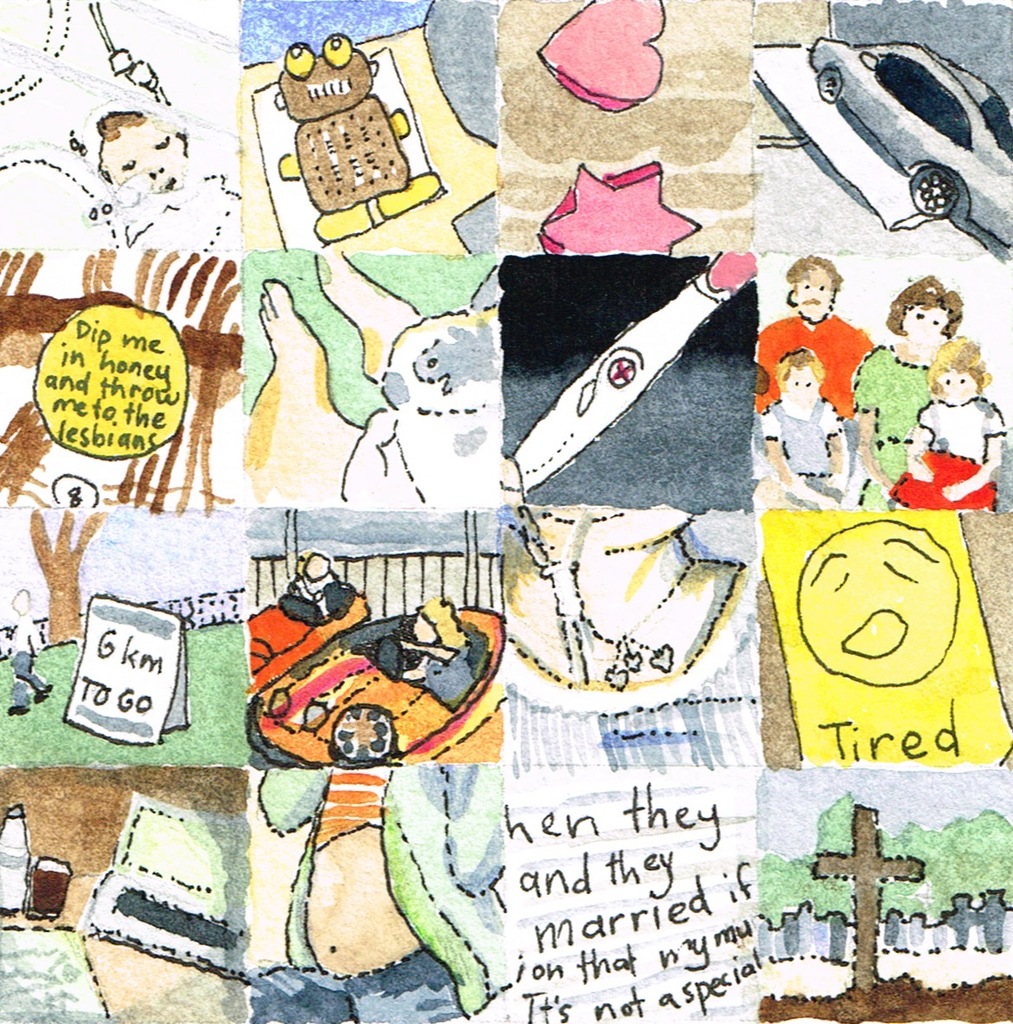 We often look at some sample stories, like ‘Blue for Boys? Pink for Girls?’ and…

Are you interested in using social media for social change?

A link to my latest public writing on privacy... over on my blog